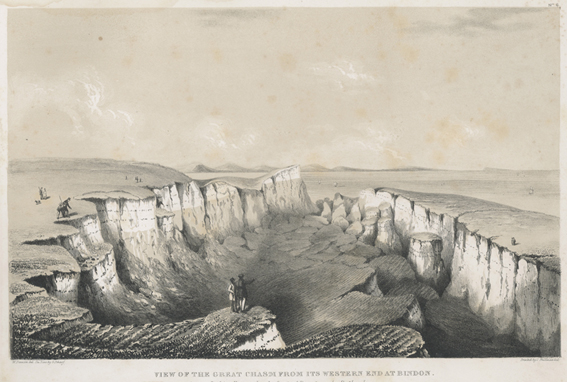 11.15 – 11.45 Richard Edmonds – Freelance Geologist – “New Mapping and Modelling of the Great Bindon Landslide of 1839”: The landslide is one of the most famous in the world and yet there is no agreement on how it formed. New mapping has been made possible through data from the Plymouth Coastal Observatory and from that, a new interpretation for the mechanism of failure has been developed.

12.00 – 12.30 Malcolm Hart – Emeritus Professor of Micropalaeontology, University of Plymouth – “Jurassic Calamari – Recent Work on Fossil Squid”: Fossil squid-like cephalopods, many preserved in amazing detail, are important in the study of the fossil record of the Dorset coast Jurassic strata, following in the footsteps of Mary Anning, Henry de la Beche, Richard Owen and William Buckland (on behalf of the Devonshire Association Geology Group and the Ussher Society).

13.30 – 14.00 Christopher Woodward – U3A geologist and Jurassic Coast Ambassador – “The 2011 Tōhoku Earthquake”: An extraordinary audio-visual experience of the Fukushima earthquake and tsunami through the eyes of those who were there at the time.

14.15 – 14.45 Patricia Wilson – Fellow of the Royal Geographical Society – “Teignmouth – Not Just another Tourist Resort!”: How a hidden river and shifting sands have changed Teignmouth’s landscape and its importance as a port exporting an unusual geological deposit: Oligocene ball clay.

15.00 – 15.30 Mike Green – Jurassic Coast Ambassador – “Is There Life on Mars?”: An exploration of Martian geology and geomorphology in comparison with the Earth’s Triassic period.