Dorset Geologists’ Association Group (DGAG) will host a talk by Richard Edmonds on the 24 March 2022.

The Great Bindon Landslide of 1839 is one of the most famous landslides in the world and yet there is, until now, no modern map or model to explain how it formed. New data from the South West Regional Monitoring Programme has allowed a new map to be drawn up, and to generate profiles that enable models to be produced. Modelling has been undertaken by restoring the observable land surfaces to a likely starting position and then finding shapes and forms that allow that surface to be moved to the present, observed position and orientation. The work has drawn on the old accounts of the time and later photographs to piece together the sequence of events and come up with a plausible explanation of what may have happened. 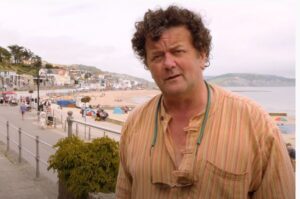 Richard Edmonds is a freelance geologist and fossil collector. Formerly Earth Science Manager of the World Heritage Site, he quit in 2015 in order to pursue more useful and rewarding work, including three years spent trying to figure out the Great Landslide